Let’s face it: a tag in the present times has a monumental value attached to it and, if it is to be arbitrarily bestowed upon by an organization of international configuration, the value goes up multifold. Especially if it comes from the World Heritage Convention, an important cultural arm of the Unesco. The World Heritage Convention is an organization that picks and tags World Heritage Sites all across the world. Once a site or structure has been stamped as one, it is liable for all special treatment, which includes protection for one, with utmost care. Australia has many historic sites that have entered the list. These are the top 7 Unesco World Heritage Sites in Australia. 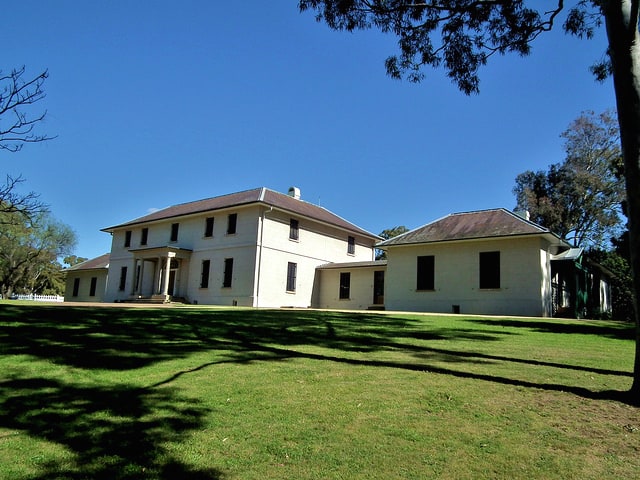 This is one structure that has had the honor to be the residence of 10 governors of New South Wales between 1800 – 1847 A.D. Located in the large parkland of Paramatta, a suburb of Sydney. It is considered to be the archeological symbol of British reign of 1820’s, an influence on the country and has been declared a monument of international importance which is now a collection of colonial furniture, apart from all the importance and terms showered on it. It has been part of the World Heritage Sites since July 2010 and is the oldest living public building.

This building is actually in the form of a museum made in bricks by a convict architect Francis Greenways in the year 1818-1819. It is situated nest to the Hyde Park, hence the name. This is actually one of the Australian Convict Sites, as the original purpose of it was to house convict men and boys and ranks among the top for transportation of the convicts. After transportation of convicts got over it also acted as home to various orphan girls acting as refugees. It is open for public entry and is very popular.

Cockatoo is the largest among the innumerable islands on which sandstones were used creating a structure that is kind of hillock. This rose to a height of 18 meters above sea level and the current spread of it is 17.9 hectares.  This island has been one of the biggest shipyards operational base between 1857-1991 heavily promoting industrialization in Australia. It is actually a proof of what a hat is like, and stands for shipping. Though it has also been a site of convict punishment one between 1839-1869. It was recognized as a World Heritage Site in July 2010. It is currently managed by Sydney Harbour Trust.

The Great North Road was constructed to connect two important points of the country, namely, Sydney and the Hunter Valley that is towards north. This was completely a task of convicts who constructed this historic road between 1825-1836. Some parts of it are still not in a good condition. It is a whopping 260 kilometers in distance and was considered to be made on an absolute unusable terrain, some carvings on the roadsides give a proof for its construction. This was included to the World Heritage Sites in August 2007, as it is symbolic of one of the many significant public infrastructural bid developed by convicts. It signified the important power of the Europeans during that reign.

As the name, itself suggests, this an old campus sorts of about 255 hectares is situated on Kingston coastal plains is a great living illustration of convict settlement. It was the place where harshest punishments occurred. The visitors can get an insight of the same when they visit this place, thanks to the preservation of the convict era. This area is all surrounded by buildings and structures made during the British empire between 1788-1855 and is currently of great cultural and historic importance to the country of Australia.

Port Arthur on the Tasman Peninsula – the south-east region of Tasmania – is a popular historic site. It’s an open-air museum and gives one a clear and chronological peep into the history of the country between the 18th and 19th century. This too was a convict penal site and an asylum during the British regimen giving it a name of ‘Hell on Earth’. There is also Ghost Tour offered here at night with darkness all around telling about the various hidden mysteries of the cruelest convict punishment arcade.

This was a female convict penal site located in Van a Diemen’s Land, Hobart, Tasmania between 1828-1856. It was also known as female convict’s workhouse housing thousands of women and children. A visit here may result in getting the visitors emotional from the sad and distress stories of the past of that place. The place where it is situated resulted in the ill-health of the convicts living there. There were various yards built with all necessary requirements as the place was mostly over crowded.

A World Heritage Site is a term that represents any site or structure, natural or man-made, which is recognized as one of exceptional importance by the cultural and ethical standards deemed with international standards. Australia has its fair share of World Heritage Sites that are unique and significant to its very existence. So, go and acknowledge!

Guest Author Bio: Travel experiences are enchanting and boundless for Rohit and his stories are great and a treat to the readers of his website: Trans India Travels. You will find him enjoying good food at his favorite restaurant when not traveling.